Succubi Image of the Week 288

A Review of the Fantasies Series by Dark Ones

There is a series on Amazon called the Succubus Fantasies and as well the Incubus Fantasies. It is a very short three book read and this week I will review the three works here in a single post on the Tale.

There is one overriding thought that I have with regards to the works in this series and that is they are far too short for one, and the authors need to try and give their writing a bit more editing for in doing so they would really bring out what is an interesting series idea… 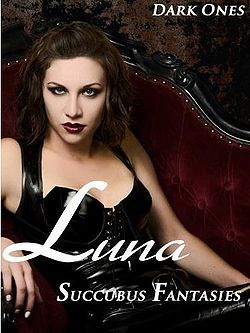 Luna: Succubus Fantasies by Dark Ones

This work is about:

Luna is a succubus who must fulfill the monthly mission her heat cycle demands. While on the hunt, Luna meets a handsome stranger who succumbs to her sexy succubi ways. As they mate, Luna is not surprised to see they are spied upon by an eager young couple. Will a handsome police officer spoil the group’s fun with his discovery of them or will Luna be able to fulfill her mission to the patient Incubus that awaits her?

I think that the saddest part of this story to me was the summary at the beginning which told of what Succubi are and do, and what Incubi are and do in this series. The part that I sighed over was that the numbers of both Succubi and Incubi are diminishing over time and that, for the most part, children of the Succubi die before they are born.

Just a really sad way to start a story I thought.

Luna is very much the seductress Succubus, but we see no horns or tail when she is described. But otherwise, she is every bit a Succubus with the powers to match. She uses them to entrap several men and one woman in a tryst in the woods, commands them with her powers to perform all sorts of sex with her and at her direction, and then collects from the men what she desires.

The story overall is a hot flash with the barest hint of a storyline to it. However the story is pushed aside for the sex which sometimes has odd things happen in the middle of things. There are a few dislocated and disjointed moments as well, especially at the conclusion of the story which didn’t make a lot of sense.

As well, there were several points in the sex scenes where the action was… off. It didn’t ring true to me and that was mainly because I don’t think it is possible to have a conversation, or even speak a word, when Luna was having her way with the men or the woman in this story.

Wasn’t that interested in the end, wanted more story and less sex but didn’t. 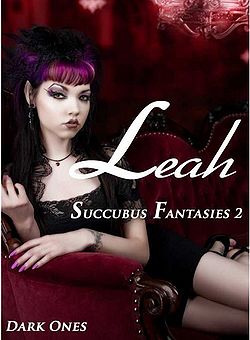 Leah: Succubus Fantasies by Dark Ones

This work is of:

Leah’s obsession with sucking cock has lasted for several millennia, yet she has become a bit jaded when it comes to sex. It seems there is nothing new under the sun to keep her from being bored. A chance encounter with someone totally unexpected brings some of the joy back!

This story was somewhat different from the first in two important ways. First, Leah, the Succubus of this story, had a history and we are told so very much about it. It has always struck me that a Succubus had to e involved with the Kama Sutra, and in this story, Luna is that Succubus. Secondly, while the point of this story is the sex, there is a lot of story wrapped around those moments which made this work more enjoyable to me.

The one thing that I didn’t really like was the kind of man that Leah prays upon. While it is a part of her character and it gives her a different personality and desire than Luna in the first book, the place she feeds in and the men she takes are… not what I personally enjoy reading.

Once the story gets past that part, it is the last man Leah meets that really interested me. It reveals a side of her that I didn’t expect she had within her. Within here is a a little sliver of mercy and kindness that I never thought she would possess.

While the overall story was better, the presentation of the story needs some polishing much like the first book does. The tense in the story shifts, the tone of the writing is uneven, and the transitions between moments are unclear sometimes.

Again, this is a book that puts more in the sex than the story and that isn’t what I look for.

Longer please and more story and this would be something much better. 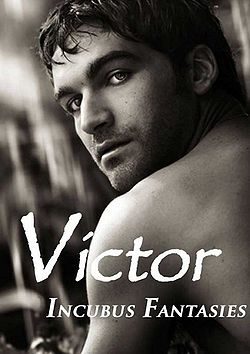 Victor: Incubus Fantasies by Dark Ones

This work is of:

Victor is an Incubus, and he is subject to the same driven desire as the Succubi. Once a month he is driven to take the essence of mortal men, mixing it with the sperm generated by his own body. He then seeks a mortal woman to impregnate. Between his missions he has come to seek a bit of privacy from the greedy hands and mouths of the beautiful mortal women he has mated with. Will a damsel in distress be the woman he finally longs for? A woman who can hold his attentions with her own special feminine power?

The final work in this series. Victor is an Incubus, very handsome of course, he is an Incubus. The opening of the story tells of his wotld, his purpose, and some of the problems that being an Incubus brings him. The most difficult being that any human woman that he spends too much time with can become his slave.

He is attracted to Jan, a waitress at a restaurant that he goes to regularly, and through the course of this story he goes back to her place and the two of them wind up in each other’s arms. Jan is plain and is shocked by this as all of the other younger waitresses have been throwing themselves at and he just ignored them all.

Victor has no horns or tail like the Succubi in the earlier stories. He does have powers like their in that he can use mind control and other means to have what he desires. What makes this story different than the other works in this series is that Victor cares about Jen which isn’t really what is seen in the other stories if at all.

It is a more complete story as well. There is background to both of them, there is a point to the story, a path through it, and at the end a closure that made sense and allowed for more if the author ever continued the story series.

There are still writing issues however. One of the most odd is when Victor and Jen are confronted by a gang and then run away. What’s odd is that the story continues and then we move back to the gang for two sentences before returning to Victor and Jan once more.

I don’t believe that added anything to the story. As well, the writing style again is very rough and in the end I have to wonder if any of these stories had a editor take a pass over them all.

It is the best of the three works, it isn’t perfect but it moved a lot closer to being so.

Overall, the three works are interesting and as a collected book I think would have been better. Linking the three stories together somehow also would have made for something better overall as well. But this author needs an editor to make their work better than it is.

A story is not sex alone.

This is something to be kept in mind always…