Succubi Image of the Week 287

A Review of Showertime Succubus by Ryl Zero 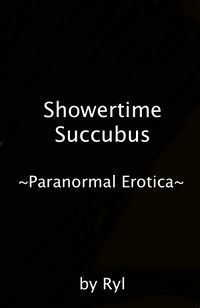 If they can manage that, then the question turns to one of the story, where it goes, and if it makes some kind of sense. If however there are more questions left behind at the end of the story, then I’m not quite so sure about that being good for the story overall.

Erin is waiting for someone to arrive in the shower with her so that she can make him pay for what he’s been doing… And being that Erin is a Succubus, she can make sure that happens… permanently.

Erin interests me. She’s much more mature than she seems to be in the story. But as much as that is obvious and as much as it should be part of the story, it really isn’t. The core of the story is her revenge on him and then the aftermath of it.

That’s not poorly done by any means. The writing is very good, the characters, Erin in particular are well done, her attitude and control of the situation is very Succubus like. The problem is that, to me at least, it’s shadows and mirrors of what and who she is. We really never see the real Erin for the mirages around her. Oh there is a glimpse when her eye turn completely black, but otherwise we have no real idea of the real her.

Perhaps that’s the point if you think about it. A Succubus is, after all, supposed to be what the others around her want her to be… But then the question is, what is Stacy’s relationship with Erin here? Stacy is obviously human, but also knows what Erin is so… Who is she? We never really know by the time the story ends.

Interesting but short, a little on the squick side for me personally, but I am glad that the majority of the horror is off the page… But still… Would like to know more about Erin… She’s more than she seems to be and we only get a tease of that…