A Review of The Path Back to Dawn by Roland Yeomans 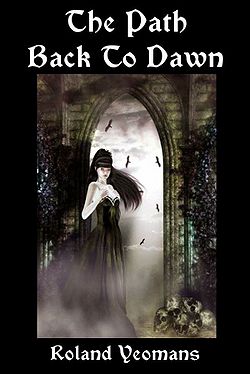 The Path Back to Dawn by Roland Yeomans

Whether a Succubus is a minor or major character in a work, I have to be interested in them. Sometimes, just sometimes, I read of one that I really love, but have to be satisfied with a story that doesn’t quite tell me all that I wanted to know…

What if all myths are true? What if believing can make it so, if enough believe? What if, like unwanted children, once born the myths cannot be unborn? Would a critical mass of myths one day be reached? But Blake Adamson has more important things to worry about. Fae lust and Succubus Dreams. He is torn between the last Tuatha de Danann and an alien succubus. A deadly supernatural lust/love triangle. Only in the eclipse of myth can a young man have both the Moon and Sun as his brides. The Last Fae and The Lost Sun have both fallen in love with Blake Adamson — and he with them. If their crossed loves do not them kill them, their enemies surely will. Or their lusts. Unless Blake Adamson can become the legend he is believed to be.

This is the second book of a series and I should note something first. I did not read the first book nor the following one as they didn’t appear to have any mention of Succubi in them when I looked on Amazon. However there is one character in this part of the series who is a Succubus, and she is interesting to me.

Kirika is the Succubus in this work, and she’s rather unique in a lot of different ways. She’s isn’t the stereotypical Succubus, which I appreciated. She’s unique in that while under the surface she has aspects of something more sinister and evil, they do not control who she is. There are moments when her jealously does lengthen her nails, and pushes her towards her more violent aspects, but the main character of the story does pull her back from the edge and that I rather enjoyed.

She appears to be Asian, both in her speech, textures and aspects, which again is interesting in that there is no word for Succubus in Japanese really. Still, she is a Succubus, is secure in the knowledge that she is, but less so in her need to be secure in her relationship with the main character of the series.

So, if I was only reviewing this book on her alone, I would give it a very high review. But then I can’t as the work isn’t really about her. It’s about the rest of the story and characters and I have to admit I had some problems with them.

It is a very, very complicated story to read. I found myself having to Google many of the words and characters in order to understand the myths and legends behind them. I believe that if I had read the first book in the series I would have had a better understanding of what happened to the main character, where he came from and what was going on. As such, this is not a standalone book and needs to be read as part of the complete series.

The other part of the writing that I had a problem with what that it was complicated. That is to say that the author made what the characters said and did a bit too complex. It was more of a “tell” than a “show” of what was happening and that got in the way of the story for me.

I’m not sure I would read the rest of the series, one for the lack of Succubi of course, but the other being that complex storytelling over a story that had characters, and there are so many of them to keep straight in your thoughts, that it is just hard to get through and enjoy the work.

I’ll give this work three and a quarter pitchforks out of five.

I liked Kirika, really a lot, but she wasn’t enough for me to enjoy the entire work as a whole.