Succubi Image of the Week 282

A Review of Vampire Love Slave by Isabel King 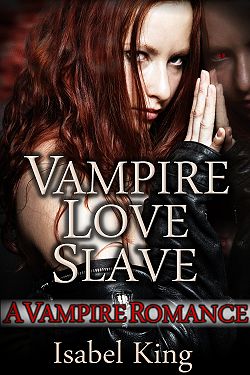 I have problems with vampires and stories about them.They really do not interest me, personally I think they have been used in every possible way in a story as well. But it is also that they seem like a really poor replacement for a Succubus or an Incubus. They have some of the power, some of the needs, but… the seduction isn’t really there.

I understand that they have a need, as do Succubi and Incubi in stories to satisfy. And sometimes that need makes them interesting in a way as well. But they still have the problem of not seeing the sun or killing others to stay alive.

Lilly and her best friend Raylene are headed out for a night of fun at The Sanguinary – a vampire bar on the outskirts of town. The only problem: Lilly’s a succubus. Years ago, she was given an ominous warning: A succubus must avoid vampires at all costs. But she was never told why.

The vampires who meet them at the door seem unusually eager to usher the girls into the club – but Raylene’s so excited that Lilly reluctantly follows her in.

The next thing she knows, she’s separated from her friend and locked in a back room with the owner of the club and three members of his coven…and she’s about to find out why a succubus must never, never mingle with vampires.

And that is for me at least the biggest problem. Lily is interesting and I would have liked more story about her. The same is true of Raylene. The vampires are really only there as a means to get to the sex and not anything else. The story before the two of them go into danger is really more interesting than the sex scenes. The scenes themselves are really not that interesting to me, save for the small bit of mind control that goes on when it happens.

As for Lily, she is completely human as far as the story tells it, no horns or tail or anything like that save that, at least to vampires, she smells… different. There is a bit of self loathing in how Lily sees herself, which I can understand from her past and all that she has been through. Why she couldn’t confide in her friend before escapes me as Raylene seemed to be a level headed person… at least until she saw the vampires and turned just a bit bimboish.

The writing was good, both Lily and Raylene have a voice and they are quite clear in the story. Nothing really stood out as being wrong, though some of the vampires were very stereotypical in how they acted… But then that was the point I think… Just to be there to get to the sex and then get them out of the way to finish the story…

It’s more sex story than story. But it didn’t have to be. Lily and Raylene have a lot more to tell and perhaps thats where this author should go with their story should they return to it.