Succubi Image of the Week 281

A Review of The Reluctant Succubus by Emily Walker 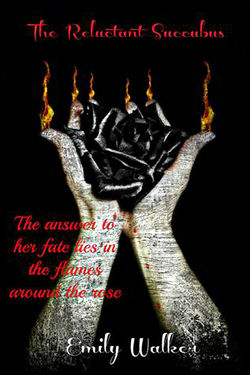 The Reluctant Succubus by Emily Walker

Some stories about Succubi are really a different take on things. Having a different kind of story is a good thing.

It’s also interesting when the story is, mainly, about the beginnings of the life of one. It’s interesting to see how they learn, or discover, who and what they are and why they are.

The problem comes when the entire story is about that process, is a bit scattered, and ends just as things are getting interesting…

When Julie Monroe ends up in Hell, she has no clue why she ended up there. The things she knows are that she’s dead, she’s transparent, and she’s been given a second chance, kind of. She has been given the opportunity to return to Earth as a Succubus.

She wants to get out of Hell, but she isn’t too keen on sucking souls for the Underworld. To make things even more complicated she has a huge crush on her mentor. He has been in the business of the Succubae for hundreds of years.

The thing about this work is that, truly, it reads like an unfinished origin story. What I mean by that is we learn Julie’s name, that she did something, but we aren’t told what, she died, but we don’t know how, and many other questions about her just are left very open in the story.

The same is true about the beings she comes in contact with, how her powers work and many other little teases that are throughout the story. It feels like the author had a grand scheme for a much longer work and just didn’t manage to get to all of the ideas they had for it.

Which brings up the problem of the ending of this work. Julie is placed in a situation, is pushed into it… and the story ends. Right where all of her faults and problems are about to come to a head and there is no proof at all that she would be able to handle what is facing her.

Setting that aside, Julie herself is kind of a contradiction. She is Succubae, but is completely without understanding. She has power but cannot control it. She has a past, but cannot remember it. While all of this makes for a perfect lead in to a longer work, in a short story like this… It’s a build up to a disappointment for me at least.

I really did love the story, the world, Julie and all. I appreciated some of the explanations about how her powers worked and how different she is compared to the traditional Succubus. All of this is a good thing and well done.

This isn’t a work of erotica as well. There is not very much sexually in this work, but then there is no opportunity, save for showing a bit of leg and some breast, that happens in the story. That’s not a bad thing and to be honest I think adding a sex scene or two would cheapen the entire works impact.

But again, it’s too short. The work gets through the set up, moves into her starting to be a Succubae… and we run head long into the end of the story. I have hoped that the author was going to publish the next part of the story, but never has. I wondered if this was a sample of a longer story, which it isn’t.

So it leaves me with a want and a need to see more of the story… but like so many works that I look at… It just never will I regret to say.

It’s another story that ends just when things are getting really interesting. A story that hints at so much, offers so much, and then… just stops. I wish this didn’t happen so often to the stories that I enjoy…