An interesting piece of photography Succubus-wise…

A Review of Hell to Pay and Hell To Pay: Halloween Dreams by Marc Cabot 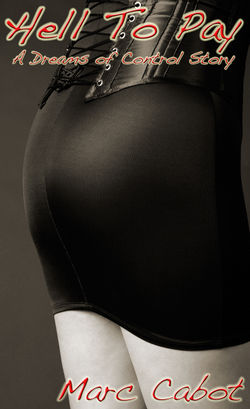 Hell To Pay by Marc Cabot

The two works are set in the Dreams of Control universe by Marc Cabot:

When adventurous Simon Marshall is picked up in a Prague nightclub by the beautiful Irena, all he wants is to get lucky. He does… but his luck is that instead of Irena killing him and stealing his soul, she leaves him with a box full of ancient spellbooks and the knowledge that he’s a real magician.

The books offer the promise of unspeakable power and unimaginable pleasure, most of it embodied in Lily the Succubus. Her charms are irresistible but if he wants to sample them, he’ll have to make a deal. She may be easy, but she isn’t cheap. And the price is beyond imagining…

Simon goes off to a club and then discovers two really important facts. One, magic is real. Very real. The other? Succubi are real too. Very. Very… Very real. He finds himself smitten with a Succubus he names Lilly and makes a deal with her. And it is that deal that changes both of their lives forever.

It’s a rare thing to find a work that has the one important thing that I need in a story. I need the characters to become real in my thoughts. Simon is. He quite simply lives off the page and that is a talent that few authors mange. Marc does this eloquently and gives Simon a style that just makes me like him so very much. Now that doesn’t happen from the first moment we meet him to be clear, no that happens because Simon is forced to change from what he was towards something more than he ever thought he could possibly be. While that begins with his curiosity it turns into the desire to make the impossible… possible. That is not an easy thing for him, but through the story, as he comes to terms with what he feels and believes in, that makes the difference.

And that difference starts and ends with Lily herself. Lily is not your typical Succubus… Well, I’ll rephrase that a bit. Lily begins at least in personality as the stereotypical evil Succubus with one thing on her mind and the purpose to have it in all ways from Simon. While that is what she appears as at the beginning, she doesn’t have horns, tail, or other stereotypical Succubus traits. She is lust, desire, temptation, eroticism and more as you would expect. But she’s more than that and that evidence starts with how Simon treats her from the beginning.

It is in that relationship, that attempt at understanding, being different, caring about Lily, her feelings and things that she had never thought of before that does something. It gives Lily a means to look at herself but also Simon and in that self examination… things change.

It is that change that for me took Lily off the page and into my thoughts as well. She is more than she seems, though her own desires do of course get in the way on occasion. The things she does, and yes there is a touch of mind control in what she does, are tempered by Simon. But what his influence creates is a change in Lily that does, truly, make her more than the Succubus she is. It makes her… unique. That uniqueness I adored…

It is, truly, a breath of fresh air and really made me smile more than I can say.

The writing is a pleasure to behold, the story is a story which makes this hotter for me as a whole as well. The point of the story isn’t the sex, it isn’t the bedroom or other scenes. The point is the story of Lily and Simon, who they meet, and how it all changes them. Truly wonderful and it was more than I could have ever expected.

Lovely, but I would have loved to see Lily have horns and a tail… But then that’s what the second story gives me… In a way at least… 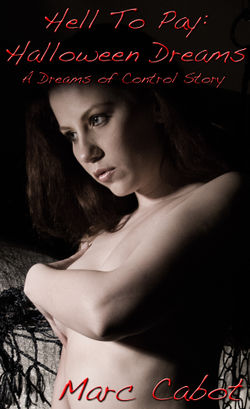 One of the hardest things to do, I think, is to write a second work in a series and fit it within ab existing story. The second work of the series is set within the time frame of the first book and has Lily and Simon go off to a Halloween ball when several things happen…

Lily has her fun, Simon discovers things about Lily he didn’t know, and as well Simon meets someone that could prove to be… interesting…

Oh, and I get my wish to see Lily with horns and a tail which is nice, but also a few optional extras that I have to admit I, and for that matter, Simon, don’t think much of…

Actually, that just makes me like Simon even more…

Simon Marshall and Lily the Succubus are off to the best Halloween party in the US – the Vampire’s Ball. For once, Lily can strut her stuff and really show off what it means to be a sex demon!

After whetting their carnal appetites with the beautiful Estrella, Simon and Lily are off, hunting a playmate – for once, another man for Lily – and encountering a mysterious stranger who reminds Simon just how little he knows about the world of magic and danger he’s fallen into by chance. Lily’s got her eye on Michael the gorgeous Afro-French DJ and Simon’s just along for the ride… assuming things stay on the rails!

During the year that Simon is given with Lily, the two of them travel the world and while doing so have all sorts of pleasurable moments together, but they are only hinted at in the first work. In the second that omission is taken care of and we discover that Lily can be very imaginative when she puts her mind… and more… to such things…

The one striking thing for me is the moment when Lily transforms herself for the Halloween Ball into what she says is the internet’s view of Succubi. That means horns, tail, and of course, hooves. When I read what she was described as looking like, I did, i admit, sigh a bit. I do not like hooves, I have said that many times in the past. I had expected Simon to agree with her look and let things pass by… but he didn’t. He wasn’t thrilled by the hooves either and that just made me like him even more. Lily doesn’t give them up mind you, she has a good reason for it just as much as Simon’s reasons for her not having them but still… there was that moment and I really liked that a lot.

I also liked how Lily made Simon up for the ball, the costume I loved  and the little touches in how it was described again made him very real in my thoughts. Beyond that, his actions, manners, and what transpires within the club again made him if not perfect, right for him.

Having read the first work and knowing what happens to both Lily and Simon, I was concerned that there might be something off about this story whether in that the resolution of their relationship would be revealed or that how their story within the larger story would seem off somehow. This, thankfully, didn’t happen. It felt like it could have been slipped into the first work with little effort and ring very true. This moment in their lives shows the signs and portents of what would come, but does not give that away which was the right thing to do.

Again as in the first work, the point of the story isn’t the erotica, which is very hot and has a wonderfully hot D/s scene in the climax which… well, it is a different look for Lily, but it is still her and in the happening comes, besides all three of the characters, another piece of understanding between Lily and Simon that you wouldn’t expect.

There is one moment that felt a little bit like a tease and that is when Lily and Simon come face to face with a character for a little chat. Those that read this work will know the character I mean and they appear in other works by this author as well. The thing of it is that the repartee while well done and feeling right, leaves you wondering about them and wanting to have something more happen than does. But that is the point isn’t it?

I’m giving this work five out of five pitchforks as well.

All of the deliciousness and horns and tails too…

There are few stories about Succubi that I can truly say I would like to see continue. There are fewer still that it isn’t just the Succubus in the story that I care about. And then there is the rare story that has a second work appear that adds to that desire in me to read more about them.

These two works are that.

Lily is someone that I would like to see again after the climax of her tale is told. The ending is both amazing for its answers to a problem, its view of the universe, and most of all, the point that I have made about Succubi for a long time now.

Souls. Matter. All of them.

My hope is that Lily’s future is all that she deserves and that Simon receives that as well. I think they have in their own way and the truth they discover, a real, clear truth that I believe in everyday, is the one that comes.

And Succubi and Dreams are one in the same here.

Two wonderful stories and I can hope for more… Please?