Storm Clouds: Remembering before we continue… 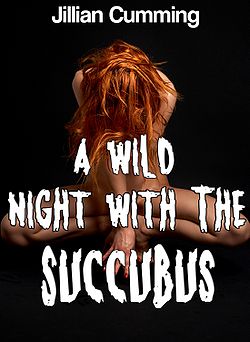 One of the things that doesn’t seem to be focused on is how Succubi are summoned in a lot of stories about them. What I mean by that is, person is reading a book and just calls them or person calls a Succubus because they think it is a joke. But what if Succubi are real, and they have power, and they entrance someone. That’s not told very often in a good way I think…

Gabe knows that their is no such thing as demons, especially beautiful demons of lust. While translating an ancient tome for his professor, the image of a beautiful and sinister woman enters his mind and she just won’t leave. Driven wild by lust, Gabe races home to try the summoning ritual. He doesn’t know what he has gotten himself into.

Gabe is a student who is translating a book he has been given. He becomes entranced by an image of a woman in the book and that image begins to take over his world…

I’ve often wondered how to write a Succubus, but not actually tell about her. This author manages to hint at what the Succubus in this story looks like. There is never a complete description of her, so in total she is a mystery. There are descriptions of her eyes in the image of her in the book, but otherwise there really isn’t that much of her told in what Gabe can see. For the most part it’s all feel.

Gabe’s summoning is interesting, I will never look at the stove in my kitchen the same way again I can tell you. What’s more interesting is that how Gabe summons her makes her what she is. She is, not evil per se, but she is dominant, and a bit rough in the sex that she enjoys which seems to match Gabe’s personal likes very well. I do wonder if his calling her Mistress towards the end of the story was the point where the Succubus decided not to take his soul or life and make him her plaything… even if he doesn’t realize it.

Well written, very hot scenes that I enjoyed very much. But like all stories that are short ones, I want to see more. I want to know what this Succubus’ name is, what she looks like, and what her plans are with regards to Gabe.

I believe there is more to be told in this story… It’s a shame that the author didn’t write more.

A hot story that would easily lead into a much longer one and I think that this author really should have done so. Much too short and the addition of a sample of another of this author’s works I think could have been deleted and the main story lengthened. But, for heat and style, this is a wonderful piece of writing that I enjoyed…

Why is it that good stories have to be ended too soon?