Speak into the Air by TeraS – Part Eight

A Review of Lusty Bites by Iris Deorre 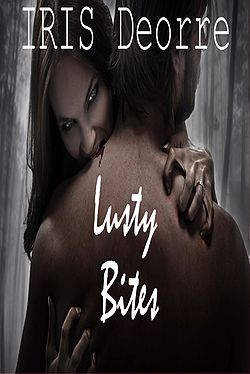 It occurs to me that while some authors can write well, they cannot write a decent summary of their books. Would it be so bad a thing to give a little bit of information about the works in a collection of your stories rather than a vague idea of them? Sometimes I think that is to hide something and that makes me not really want to purchase a book from them. That results, more often than not, in missing something interesting…

Five short paranormal stories. A werewolf trying to find his identity, A vampire in desperate need of a feed, A succubus who feeds on the ego, a ghost who hunts a river and feeds on men and finally a woman who has to come to terms with her untimely death.

As this is a collection of this author’s works, I will be reviewing each story and then give a rating for the entire collection.

I’ll note before I do so that there is only one Succubus themed story in the collection, otherwise there isn’t much in it for those looking for Succubi stories like I do.

His New Identity – Luke once, a long time ago, was bitten by a werewolf and he meets that being again to discover who he is in truth. It’s a mix of sadness, discovery, and, finally, hope and understanding. It might be a bit uncomfortable a read for some, but getting past that issue, and really it isn’t that difficult to do so, results in a story well told.

A drink of Lust – Claire is a vampire and she needs to feed. Not just anyone will do, she needs one specific kind of person and finds them willing. It’s an interesting story in that who Claire is attracted to, what he does to her, and she in return to him, makes it a hot flash of a story to read. Claire is interesting as a person, though the man she picks isn’t someone I could care about all that much and I think that was the point really. Well told, you can envision Claire in your thoughts very easily, and a change from the usual “I want to suck your blood” sort of vampire stories… or the sparkly ones for that matter.

His Night with a Succubus – Gary goes out on the town and meets someone… and she’s a Succubus. The only Succubus themed story in the collection and really a very good one overall. We never learn anything about the Succubus herself, save what she looks like and what Gary feels when she takes him. She is the classical image of a Succubus from all that is told in the story, red hair and all. But there is a problem with this story. It ends just as it begins. This feels so much like the introduction to a much longer story that we don’t get to see here. We meet a character at the end that makes you think that there was more to come, but isn’t. That’s a shame really as unlike the other stories in this collection that have a fairly certain end to them, this one just teases. I’d like to see where this story goes, what happens to Gary, who the Succubus is, and what exactly is going on. That’s probably wishful thinking, but, with this good a beginning, it’s hard to accept the ending here.

The River Bank Horror – Kerry goes to the river with a group of guys for some group sex. But something else is also coming to the party. The most horror slanted erotica in this collection I think. After the sex, there is a lot of violence and horror that occurs and the conclusion of the story reminded me a lot of many teenager slasher films. Really didn’t enjoy it all that much, but it would make an interesting episode of a television series as the story is very visual in nature.

Till death do us part – A woman thinks about her past and then remembers her present. The only story in the collection that is told from a first person viewpoint. Really violent at the end, and the twist in it was a bit jarring but made sense with the dream like qualities of the story itself. Very descriptive and it felt somewhat Twilight Zone in theme overall. Can’t say that I really enjoyed this work as well, but that I think comes to the violence in it which is rather graphic and more than I personally like in a story.

The author has an interesting style of story telling which works well with their themes, characters and stories. A bit on the violent side, but not overly so which makes the collection more palatable. I do think they need an editor as there are quite a few mistakes, spelling, word choice, and, once, instead of using a character’s name, Luke, they write look. A bit jarring now and again and really that shouldn’t happen. Also the author has some problems with tense in their stories, it should be “breathe” not “breath” for one thing, and in one story it’s a major one.

I’ll give this collection three pitchforks out of five overall. There is one story that interested me, the rest really didn’t do much for me.