Speak into the Air by TeraS – Part Four

A Review of Joseph and the Succubus by John Gallagher

The myth of Lilith is a well known thing I believe. It’s interesting to me when authors take the concept of Lilith and change her myth, or actions, towards something that hasn’t been seen before. The work I will be reviewing this week has as one of the main characters Lilith… But she isn’t quite what you would have expected from the title of the work… 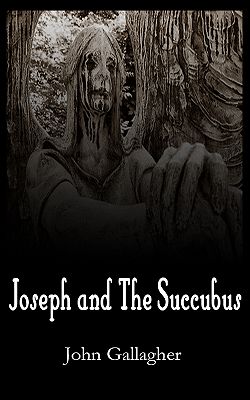 Joseph and the Succubus by John Gallagher

I’ll note that this story first appeared in a collection of works by this author called The Half Eaten Boy and Other Ghastly Tales which was released earlier this year as well.

Now, going by that title you have to expect a great deal of horror themes in the story. And in this story there is lots of that happening.

I don’t personally feel that Lilith in this story is so much a Succubus as she is a demon in search of something she needs. That need drives her and makes her take things from her victims.

The thing is, and this isn’t explained, does she need this but once, or is this an ongoing quest that she does over and over again?

Questions like that, and others, are unresolved by the end of the story, which is a little disappointing, but understandable in this context. The point of the story is to get in and out quickly without a lot of exposition about the characters or anything else.

The format of this story focuses the author in this direction, so we are left with a story which drips in horror and then final reveal, when it comes, is awfully sad.

I will not spoil it, but to me, what happens is about the worst thing that could possibly happen to a human being and that’s saying something…

The author writes with style and with a firm hand on the  story. They know where they are going and how to get there as well. Edited well, nothing really took me from the story save the points where Lilith’s actions were disturbing.

I’m giving this work two and a half pitchforks out of five.

It is mostly a horror story really. That’s not a bad thing in itself, but it is that. Erotica it isn’t, which again you have to expect from the themes in the story that appear. The ending is unsatisfying  to me personally. I don’t like horror, even slight horror, so that reduces my enjoyment of this work.

But the author can write really well and that’s the important thing.