A Pause before Writing Once More

A Review of Succubus Song by Ian Hall and Lachelle Miller

One of the things that bothers me is when a book or story is released and then, for reasons that I don’t understand, the title is changed and the book is released once more. I wonder sometimes, and really I think it is true, that it’s very difficult to come up with a title… 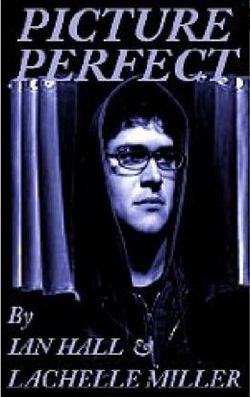 Exiting the subway into the bright lights is Rick.

Rick is a player. He loves girls, then leaves them with little thought to the consequences.

But his latest fling, Tanya, is not your normal girl. When she realizes that she’s being dumped, she takes matters into her own hands and follows him up the escalator. “Picture Perfect” is a tale of a succubus after revenge.

When this work was originally released, it was titled “Picture Perfect” as in the synopsis I have given here. Soon afterward, the book was removed from Amazon and then reissued under the title of “Succubus Song.”

I think that, honestly, based on the story and what happens in it, the first title makes a lot more sense to me. But the authors must have had their reasons for making the change… Still, considering what the hook is in the story, a picture and the inscription on it, the latter title just doesn’t seem to ring true to me. 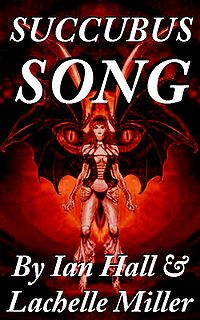 Rick is almost, from the moment we meet him, unlikeable. Whether that is from his attitude, the way he treats women, or just the vibe one gets from him is hard to say. Personally, I wouldn’t give him the time of day, but then I like classier men than how Rick comes across.

He’s broken up with a woman named Tanya, tossed her picture away and is on the hunt for someone new in his life. The problem is that Tanya isn’t a normal girl… she’s a Succubus, and that isn’t something to take lightly.

I found the story to be more physiological in nature overall. Tanya uses her powers to get into Rick’s mind and cause him all sorts of problems in different places.

Tanya loves Rick in her own way, and having the heart of a Succubus generally means a poor end… Especially when you tick that Succubus off.

It’s not a poor story by far, the characters themselves are interesting, Tanya’s powers are well described and the climax of the story, in many ways. is both ending and beginning for them both.

The problem lies in that, I think. this story was written from two perspectives by two different authors that write somewhat differently. It’s a bit jarring to go from one author’s words into another one’s who’s words are in bold type compared to the rest of the story.

I am not sure that works well. It’s clear who is talking and acting, don’t get me wrong, but we get as much from the words “her”, “his”, and the names of the characters which appear at the beginning of each passage.

There isn’t much erotica in this work, so if you are looking for something high on the heat scale, this isn’t the work you are looking for. The story is more of a haunting of an individual by a ghost and the results of that. So call it a ghost story with a Succubus as the focus of it and you have the work pretty much.

One thing that I noticed most of all was that we really don’t get a clear idea of what Tanya looks like. She is shapely of course and fills out a dress really well, but otherwise she’s  a whisper of a thought, a dream, a maybe and even that isn’t for certain… Not even in the ending of the story.

Taken apart, the two authors write well, there aren’t any mistakes or rough spots in the overall work. I just think that the format of switching characters and words and bolding and unbolding text is too much and really shouldn’t be needed at all here.

I give it two pitchforks out of five.

It’s hard to read a story when there are two different voices in it. The characters of course must have different voices, but when the writing styles are very different… I’m not sure that really works all that well…