A cosplayer that is a real life Morrigan Aensland

Wholesome. Addicted. – Part One By TeraS

A Review of Jessie’s Dirty Little Secret by Jade Twilight 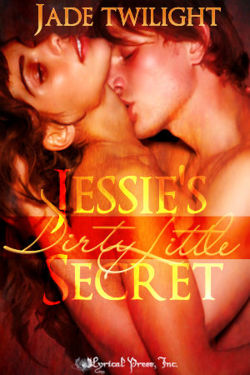 We all have our demons…

Jessie has a secret. She’s inherited Garin, the family incubus. For generations, he’s granted Jessie’s family wealth, power and privilege, but it comes with a price… In return, they must satisfy the demon’s sexual desire.

Now it’s Jessie’s turn. When she proves a match for Garin’s insatiable appetites, her escapades draw the attention of a god who has demands of his own.

Will Jessie sacrifice everything to satisfy her carnal desires?

The first thing that I should say is that this work doesn’t seem to be available any longer at either of Smashwords or Lyrical Press either. That’s a shame really as the story itself is really quite good, the characters as well thought out, and the world itself makes a good deal of sense…

On to the review itself then, Jessie’s grandmother has passed away, and as a result of this, she has been given the family’s secret… an incubus named Garin. There are two problems however that she has to deal with, one is her boyfriend, the other is her girlfriend… oh and then there is the problem of a certain horned being not named Garin that wants Jessie for his harem… and other things…

I liked Jessie. she’s a bit headstrong, a little niave occasionally, but in spite of that, when Garin seduces her, she starts to become quite adventurous in bed, and other places, with him. This of course leads to some very hot scenes with mortals and then with immortals as well.

I thought the world of the Incubi and Succubi was interesting. The connection with their “God” and what their society is like, from what little is given about it, really makes for some interesting reading and there could easily be an entire series in that.

Some very steamy sex scenes in the work, there is quite a lot of bondage, toys, and menage a trios as well to see. For the most part I didn’t mind that until at one point in the story the bondage became very rough and Jessie was hurt physically to the point of pain. That personally for me is a turn off, but thankfully the author didn’t dwell on that too much and it passed quickly.

No real errors in spelling or grammar or anything else to speak of, which was nice to see. It’s a decent length to tell the story of the characters and not make it exclusively about the sex scenes as well.

There are no horns or tails on the Succubi or Incubi that appear in this work, save for their “God.” Whether or not that is supposed to mean something isn’t made clear. What is made clear is that Incubi and Succubi live off the energy given from humans when they orgasm, but they can feed on each other as well. However according to the one Succubi in the story, and Garin, the energy isn’t “as sweet” as a human’s is.

I would have liked to have found another story to add to the world the author created here, but there isn’t one to speak of. The author has written other works about other mythical beings, but not Succubi or Incubi again as far as I have been able to see…

The work tells a story, makes it hot, and ties up a lot of loose ends at the end, but there isn’t a lot of background to read about, which I like to see. I would have liked to know more about the Succubi in this universe, but that didn’t happen and if they are anything like the Incubi, that would be interesting to know more about.