A Review of Succubus by Rod Foglio

Sometimes there are stories that, sort of, have Succubi in them. That’s to say it’s implied that there is a Succubus in the story, but we never really get that one piece of proof in the story that confirms it. That’s not really a problem if the story is interesting, but when it is difficult to get through… then I just don’t know… 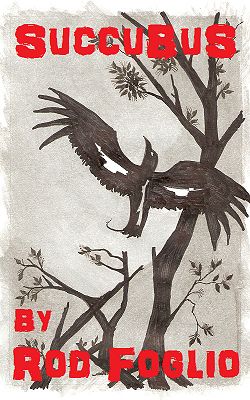 It’s the story of:

Eileen devoted her entire adult life to raising her son, and everything is going perfectly as he prepares to finish college and live the life she’s always wanted for him. But then her son brings home a new bride who threatens to ruin everything she has worked for. Eileen takes it upon herself to find out what her new daughter-in-law’s secrets are, and what she finds is not what she expected. Suddenly, she realizes that she and her son are in the middle of a dangerous crisis, which she sees no way out of.

I honestly just couldn’t get into the story for several reasons. The theme itself wasn’t something that I enjoy, the characters weren’t interesting to me, and the overall underlying hate and strife that all of them go through didn’t help much either.

It got worse for me when I didn’t really get a firm explanation of the character that was supposed to be a Succubus. Yes, she was described as one by other characters, yes she sort of acted like one now and again, but honestly you could have just as well called her a Femme Fatale and had the same basic result of what happens in the story.

I understand that not all stories are happy ones, not all of them have Succubi with horns and tails, and not all of them will have characters I like in them as well. I get that, but then isn’t the point of a story that you, at least to a point, want to read it and see what happens next?

I found it very hard to make it through the story, even at thirteen pages in length, and stopped frequently as I read to pause and try to fit everything that happened into a framework that I could deal with and understand. Again, it’s probably just me, and that’s my problem.

The author’s writing is clear and concise, there were no real problems in what they were trying to express in the story, again it’s just that the story itself just didn’t do anything for me in a Succubus interest way.

Just wasn’t what I was looking for, and I just couldn’t get into the story of all of the pain and suffering that the characters go through in it…