Top 15 Succubi? I think there are some missing… 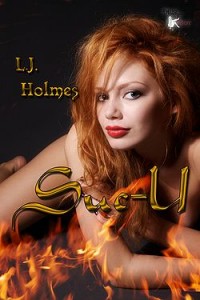 I admit that I have a view of Succubi that doesn’t follow the norm. I believe they are beings of wonder, happiness, and love which isn’t anything like what the world believes them to be. I found a work by an author that seems to have the same idea about Succubi, though I have to admit that calling them “Sucs” probably isn’t something that I would have done. But setting that aside, the world is wonderful, the story is right, and most of all, I love the Succubi that appear in this work so very much…

Ambreton Nightshade works for the breed company SUC-U, which stands broadly for Succubus United. She’s nearing her one thousandth birthday when the heartthrob that has been causing all the sucs to drool in the break room calls. The suc he ordered the night before did not show up. Unheard of!

Bre sees her chance, issuing a full refund and an offer for the approaching night no red blooded male could ever refuse, she makes her case.

Will she take this client beyond the ecstasy her sisters have already taken him to, and once she actually claps eyes upon him, is she ever going to let any of those sisters near his prime meat again?

Bre is a “Suc”. That’s what Succubi in this universe calls themselves and they call Incubi,”Incs”. She’s part of a company that sends out Sucs to bring pleasure to mortals throughout the world, and while she’s not a movie star, she’s one of the very best there are. She answers a call from one of their company’s most desired clients, who is ticked off for not having a Suc visit him when it was promised, and Bre convinces him that she’s the one to “fix” the problem.

The problem is, for Bre, that she wants him, and when she sees him, she’s not ever going to let him go… which might be a problem.

This is a rich universe that I think is really interesting from a Succubus point of view. We do not get a lot of background really, but the explanation of the Suc race, what they are, and how they live, and what they can do was well done and I didn’t see any huge problems with that part of the story.

I liked the concept of how Sucs live in this world and some of their mythology which I think Bre doesn’t know everything about and that’s a good thing as it leaves so many doors open to explore the lives of other Sucs should the author continue to play in this world in the future.

I caught one thing in the work that I have an issue with, that being the appearance and disappearance of wings that the Suc have in the story, and in particular how one Suc, named Wetniva Dreams (Gosh I love the names for the Succubi in this story) has wings when, according to the story, she really shouldn’t. I won’t spoil that, but I couldn’t quite figure out how she managed that.

A well written work, save for two points where a word was missing, but otherwise there wasn’t anything that took me out of the story. I cared about the characters immensely, I wanted to see what happened next and the author managed to make the resolution of the story everything that I could have hoped for. The scenes between Bre and Drake in bed together were hot and deliciously Succubish which was wonderful to see…

I want to see more of this universe from this author. I want to know what Bre’s future holds, I want to know more about the world she lives in. I want to understand more than the little teasing glimpse that we received in this work.

Gosh I hope that happens.