Succubi Image of the Week 232

Found a trailer for the Lilith movie… how about a plot next?

A Review of Tales from the Dubh Linn by Niall Teasdale

This time, I will be reviewing a second collection of short stories from this universe called Tales from the Dubh Linn. I am reviewing this work slightly out of order from the series itself, and the sixth book in the series Hammer of Witches will be reviewed next week, rather than appearing this week… 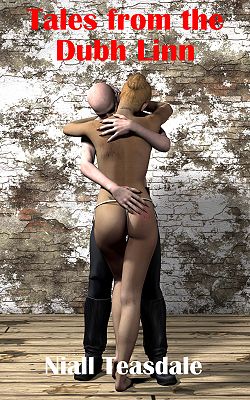 Tales from the Dubh Linn by Niall Teasdale

This, the seventh book in the series contains the following stories:

Six dark tales of urban fantasy set in the same universe as the Thaumatology series.

Here can be found fae, vampires, werewolves, zombies, and demons, and the humans foolish enough to interact with them.

This collection of stories is a bit of a departure from what has appeared in the past from this author. That’s not a bad thing, but if you are expecting to see Ceri or Lily in this collection, you won’t. There are some very tenuous connections to them, and some of the minor characters in the series pop up here and there, but this work isn’t about them really…

As this is an anthology of stories, I will be reviewing each of the stories and then give a rating for the collection as a whole…

A Night on the Town – From what little has been seen about the Dubh Linn, anyone with half a mind would realize that going in there isn’t exactly the smartest thing to do. This story shows why that is exactly, and what happens when you tempt fate. Considering all of the beings that have been seen in the series, and in that particular place, it’s not surprising what happens during the course of the story. A bit violent in places, a great deal of sadness in a lot of the characters in the story as well. I do wonder though why it is that, at least in this universe, so many people in it seems not to know what they are dealing with considering that they see magical and mystical beings almost everyday. Still, the people that go into the Dubh Linn aren’t exactly representative of the best of that world… Four out of five pitchforks.

Hunt – Actually quite a different story than I expected at he beginning. It has been said that in this universe, one of the stupidest things you can possibly do is be out in the open on Halloween night. While not an all encompassing explanation, it is both warning and tragedy at the same time. I have to admit that  I couldn’t quite figure out what legends were involved in the story and I had to do some research to figure that out. The revelation that brought made this story a lot more interesting for me personally. While there is a lot of darkness in the plot of this story, what’s sadder is the climax of the story and what happens afterwards… Four out of five pitchforks.

After Twilight – A vampire story, and the thing about vampires in this universe is that, one, they aren’t sparkly, and two, they are very, very evil beings. The passage of time through the two main characters in this story, where they start from and where they end up, is in its own way tragic and unsettling. There is a long look at the dark underside of this world and what those with no morals can and will do. I wouldn’t be surprised if this is a common occurrence in this universe and I would be even less surprised if we see Ceri and Lily confront what happens here eventually in the series. I don’t care for vampire stories for a lot of reasons, and while I do have that bias, I did find the characters and their development very good. Four and a half pitchforks out of five.

Succubus – This is, really, the first time we see what a full fledged Succubus can do in this universe. There is a twist in the tail of this story that I didn’t expect, which was well done and actually gives me something to think about with regards to a character we have seen in this series before. I don’t know as yet whether it makes me like them or hate them to be honest. It’s an odd moment when the reveal happens and their reasons for their actions is explained. Still, this is a story of a human being dealing with a demon… and you can never be quite sure about the deals made with them here. A nice opening towards questions I have had for some time in the series… Now if they would only have horns and a tail… Five out of five pitchforks.

The Body Trade – Really a very involved and complicated story considering all of the characters that appear in it. One of them we first met in Disturbia, and they have been very much a question mark since they did. The story does open up some of their motivations, and as well it delves into something a bit more. A rather horrific part of the illegal supernatural crimescape. The ending of the story is possibly the most terrifying part of the entire collection and while it is that, it has its own poetic resolution to it. Again, it seems like something Ceri and Lily will be dealing with in the future for what happens. Five out of five pitchforks.

Changeling – The ending of this story revealed a piece of history that I wasn’t aware of, which was really a moment that I found fascinating. As the story progresses, the sense of “wrongness” felt by the main character in it felt right. The events that transpire and where the story goes from what seems to be a minor event towards a mystery was a delightful read as well. There are a lot of questions at the end left unanswered, which in a story like this you would expect and that makes this story something to think about. My favourite story of the collection and it capped off the work perfectly. Five out of five pitchforks.

I did like the collection quite a lot overall. There are more sexual situations found in the stories here than in the main books of the series, but I think that might be a reflection of the beings involved and the reasons for what happens in each of the stories. It’s also a lot more violent when compared with the series, but, this isn’t really Ceri and Lily’s story. It’s the story of the darker beings in this universe, so a change in subject or focus makes a lot of sense really…

Written with care, told with style, this collection is well worth five pitchforks out of five.

Next week, as I have said, I will be reviewing the sixth book in the series, Hammer of Witches… And it is a very interesting moment in Ceri and Lily’s lives…