A Review of The Fifth Collection by Sullivan Hart

A speed painting of the Vindictus Succubus…

I found an really well done piece of art that shows the Vindictus Succubus recently… Now she has no horns, no tail, and really, at least to me, does not look that much like a Succubus. But she is called one in the game and so she just is a different idea of what a Succubus is…

And in case you can’t see the video here:

And an image of the final work, which I found on the artist’s DeviantArt site here as well: 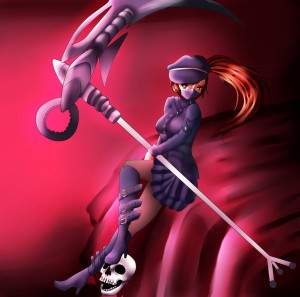 The artist of this work is named Inuyashamaroku, and on their YouTube site and as well their DeviantArt site is quite a number of lovely, interesting pieces of character art that do really show off their talents very well…

I just don’t know personally about this idea of a Succubus. There isn’t a lot really that says she is a Succubus, sexy or otherwise, in her looks or actions as far as I am aware. But setting that aside, I like the soft tones of this artist’s work quite a lot.

She’s supposed to be somewhat understated, and she is, which I think works really quite well in this case.