Succubi Image of the Week 212

A Review of Dream Seductions: Kye and Rico by Celeste Hall

In July of 2011, I reviewed the first book in a series called Dream Seductions: Ethan by the author Celeste Hall. I have been meaning to review the next two books in the series, and today I will be doing so before, I hope, the fourth work in the series appears… and I hope that it does soon because I am rather hooked on the story so far… 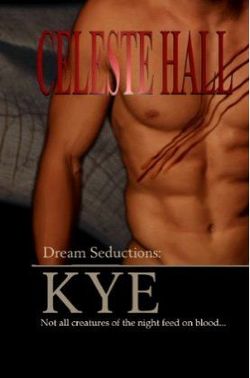 The book blurb describes the story as:

When a savage attack destroys all but two of the queen’s defending males, Kye finds himself slowly starving to death. After an unexpected ambush leaves him dying he turns to the human woman that saved him for more than just a temporary sanctuary, and it will change him in ways that he would never have expected.

The book was originally published by Ellora’s Cave Publishing under the pseudonym Aevyn Brooke by this author, and the rights to the book have reverted to her and she is reissuing the series under her own name through Amazon and their Kindle publishing system as well at Smashwords for those that would rather do business with them.

It’s quite the comparison between the first book, considering the two characters the story revolves around. Kye, an incubus, a proud one that cares about his purpose first, protecting his Queen Ayleth, one of the few remaining Succubi that exist in this world. The other is the woman that saves him from a vampire attack, Jamie, a nurse with a past that haunts her every day.

While the first book was of love between the main characters in the story, Ethan and Madison, this story is more about trust. About needed to trust in someone that they won’t betray you like you have been before. That you will accept them in spite of the fears that reside within you. Now, that’s not to say there isn’t love in the story, there most certainly is, but the thing is that to find that love, that acceptance between Kye and Jamie isn’t an easy thing for them to do.

And that makes the story very interesting…

Besides this point of the tale, I was quite happy to see that a good deal of the universe that the Succubi and Incubi exist in was made more clear and defined better for the reader. It’s not done as an info dump, but rather in small little thoughts and considerations that each of the characters have as the story goes on.

As in all good stories, there is a threat to facc, and as in the first book it is the existence of vampires in this world and their threat to not just the Succubi and Incubi, but humanity overall that begins to take centre stage. I thought that the transformations that occurred in the story showed more than anything else, the sharp contrasts between the “good,” being the Succubi, Incubi and humans, and the “bad,” being the vampires.

There is a good deal of violence in this story mixed in with moments of joy as their story goes on. There is, of course, some very hot scenes between Kye and Jamie, some light bondage for those that enjoy it, but also some, what I think, are truly touching moments of trust that come to pass. It makes them both very real and you care about them in the moments when danger strikes and you don’t know if things will turn out alright.

And they don’t always do for Kye, his brood, or the humans that have placed their trust in them.

The story builds quite well from tension to tension towards not a resolution, but a pause before the next book in the series continues the story and leads the reader on.

The author writes well, there was nothing to draw me from the story, and I appreciate that they have spent a good deal of time making rules and a history of all of their creatures, great and small. It’s always a good thing to manage your characters in a way that you can make them grow over time and yet still be true to their origins.

Perhaps a bit more violent than I personally like, but the story makes the universe much, much more interesting and involved. That’s important for a sequel story and I think the author did really well.

The next book in the series, Rico, continues this theme and leads into more questions to come… 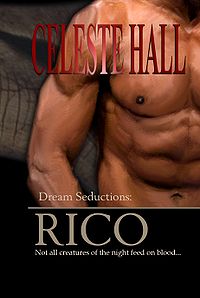 And this book in the series tells the story of:

After the betrayal and slaughter of his family, Rico chose the life of a rogue, every moment fueled by pain and rage. He had no intention of ever joining another covey, but was lured in by a young queen in heat. Now he finds himself bonded, and chafing at the restrictions she is placing on him. He is just itching for a good fight but never expected his opponent to be a headstrong and ambitious young woman.

I’ll get to the point in the story that made me smile in a little bit I promise, but the first thing to touch on is that this book marks a turning point in the series as a whole. A real threat appears to not just the Succubi and Incubi, but to all of the supernatural beings in the series so far and as well to humanity. Not only that, but we also get a tease of another branch of beings appearing that will, I am sure, make their own mark in this series.

The thing about this work is that the violence goes up a notch from the previous work, but that is explained well by the creature, and there really isn’t any other way to describe them, that has been pulling the strings from behind the scenes. Now that Ayleth and her coven know what’s going on, and find themselves entwined in a fight they really don’t want any part of, things are becoming more and more dangerous for them all.

But in spite of that, it is good to see that the women of the series, the ones that have come to love the Incubi, are not cowering in a corner in fear. They all show, has they have hinted at in every story so far, that they are willing and able to help the ones they love no matter the cost… and that cost in this story turns out to be very high indeed.

Rico finds himself meeting a police detective named… Terra. Yes, that’s what made me smile, one letter more than mine but still… And she is… well… let’s say that her background has made it impossible for her to allow herself to submit or care about anyone until she gets entangled, quite literally, in Rico’s life.

And then the handcuffs, and other devices appear and their lives become very interesting from there… Terra is very much the domme and it shows in how she treats Rico, but also the interesting thing is how he reacts to her moods and attitude towards him. It’s really well played and the growth in both the characters and their relationship by the time the story ends is amazing to watch. It’s about dominance and submission and the grey areas that exist in such relationships yes, but while that makes the journey they go on fascinating to watch, it isn’t the only thing that happens. That makes them seems more real and you care about them more.

Many, many questions remain at the end of this story and that has to be expected. Where it goes from here I’m not quite sure of, but I expect that it will be interesting to see.

One final note, there is a short passage from the next book in the series at the end of this work which hints at things to come as well…

Again, well written, excellent characters, but, the blood and violence goes up another notch. It has to in this case and it’s not done without a good reason as well, which makes it a lot more palatable for me personally…

Looking forwards to the next book in the series, Dream Seductions: Gavin, with baited breath!