As a Succubus, she isn’t that great…

A Review of Dealing with Desire by Sweets and Honey

Free is generally a good thing for the most part. But then the old saying of “you get what you pay for” also applies to free works on the internet. In looking through Smashwords for books to add to the SuccuWiki, I came across one.

I have to say up front that I should have passed over it for several reasons, but I obtained a copy and read the work… 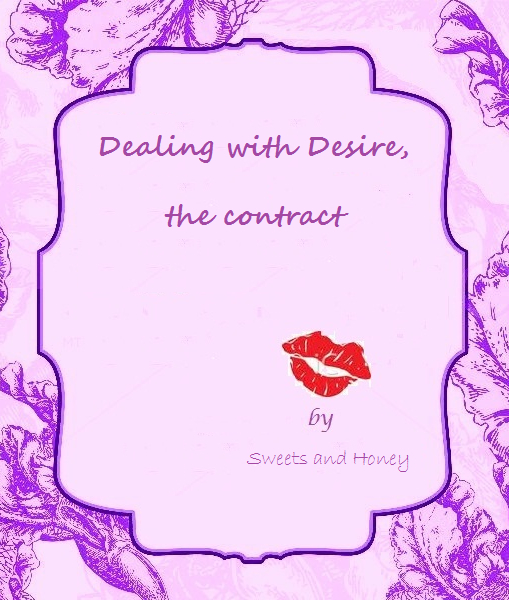 Dealing with Desire by Sweets and Honey

The book’s story is described as:

Selene is a succubus who has been humiliated by a human. On top of that, her demonic mother wants her to find a mate and breed. Making things more complicated for her an immortal witch is killing her sisters off one by one and Selene could be next. In a moment of anger and desperation, she signs a contract with a tall handsome stranger that knocks on her door after telling her he has an offer she can’t refuse. With his help, she wrecks her human lover’s life, and in the process binds their souls together.

The story begins with Selene pondering how a man that she loved would reject her for a human woman. Her anger over that grows and she comes to the decision to seek revenge on them both for her loss. Her mother appears, taunts her and tells her of a witch that seeks to kill all of the Succubi. After she leaves, a man appears at her door with an offer for her to consider as well.

She then makes a series of choices that, in the end, will cause her both pleasure and pain which will harm those around her.

At least that is what I can get from the story. The writing is… not good.

The author needs a proofreader or at least an editor to help them. There are far too many spelling mistakes in the story, there are tense changes that go back and forth through it as well. It also is bothersome to call a group of Succubi… Succubuses. It is also nearly impossible to understand what the author is trying to say at time. It’s as if they were in a rush to finish a page of writing and just stuck words together.

One passage as an example:

To worsen her situation her mother had visit. Reminding her of the Black widow, an Immortal Witch had been hunting their kind and to order her to find a mate to breed, her sisters would doing it and one was with child. Given that many weren’t going to live longer than the next moon rise, it was duty. Mother being on the counsel made a big deal and worst was most of it was true. Selene wanted to be a mother better than her’s had been to her, one that would love her children no matter what and always be there for them.

That’s incorrect in so many ways and I am surprised at just how bad it is. It’s as if the story wasn’t spell checked, or grammar checked for that matter. The plot is scattered, the characters thin, especially Selene who I honestly didn’t find myself caring about. The relationships were uninteresting, scenes were dull and the sex scenes had so very little heat in them…

Overall this story needs the firm hand of an editor to get the issues out of the work and make it far better overall.

I know someone that is a wonderful editor, but I call dibs on him… sorry…

It actually is a problem to read this story as I found myself stopping in the middle of sentences and trying to translate what was written into something that made some sense. It is hard to follow a story when the context changes, the words are wrong or misspelt, or, worse still, that the language used by the author is very much like broken English.

Now I do not know whether the author is writing in English as a second language, but in the tone and wording of this story, it certainly seems like it.

I can’t give this work a rating I regret. It feels like an unfinished story, something that was published before it was polished and made better.

Which it can be, there is a core of a story here that is interesting and can be something more than it is, but as it is now…

I can’t recommend this story.