Succubi Image of the Week 186

Lady Brimstone is not a Succubus costume…

I think I have discovered what has to be the ultimate in bad Devil Girl or Succubus costumes… And that’s not because I personally think that this one is a bad idea, but that when you first see it your eyes hurt from the pain it produces… 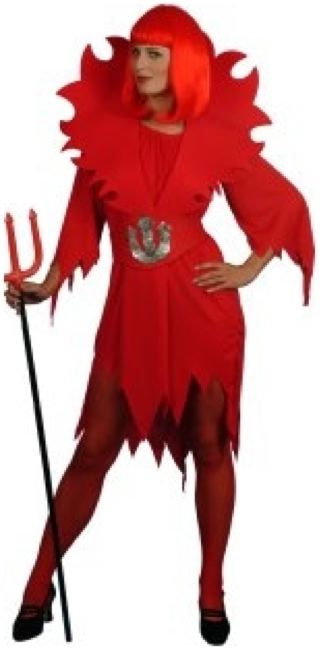 This is called Lady Brimstone and sells for $50 US online. It comes with the far too bright orange dress, belt and a collar. The wig is not included or the pitchfork or the shoes that the model is wearing either.

I’ll also note that there are no horns or tail in this image, which to me means that this isn’t so much a costume for a Succubus but something else and whatever that is I haven’t a clue what that might be.

I can sort of see that the buckle of the belt is the head of a pitchfork, but it’s so tacky as to make it unwearable.

Another zero this week out of five.

Hoping for something better next week with some luck…