Morrigan the Succubus returns once again…

Something that I look for in books that I collect in our library of Succubi are stories that don’t follow the usual story of boy (or girl) meets Succubus, loses their soul, Succubus leaves. It just doesn’t interest me as a plot line and, generally, the Succubus is a cardboard cutout of the typical stereotypical Succubus that it drives me around the bend.

But occasionally, occasionally mind you, someone takes a different view of Succubi and in doing so makes them more than they are not just in character, but their actions as well… 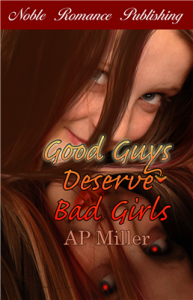 The book is described as being a story about:

Sex, in all its many flavours and varieties was natural for Pathrusim. She was a succubus, a female demon who could take any form and whose only desire was to seduce human males and then to steal their souls.

For Andrew, a deeply religious man who had intended to save the physical side of any relationship until after he was married, Pathrusim presented a problem…

The story begins with Andrew going home after helping, as he always did, at the church he attends. Along the way he sees a woman being attacked by a pair of men and, as you would expect, he comes to her aid and rescues her.

This introduces us to Pathrusim, later in the story to be know as Patti to others she meets through Andrew, at first seems like any normal girl. That is mind you until Andrew takes her to his home and she… makes herself at home shall we say?

I thought that Pathrusim’s name was interesting. I didn’t look up the possible meanings of it until after I was finished reading the story. One of the more interesting ones has the meaning be: persuasion of ruin. Which when you think about it, does fit a Succubus well…

But not so much this particular one I think.

Pathrusim does in the beginning have the attitude of a stereotypical Succubus. She does try to tempt Andrew and exhibits all of the signs, powers, and desires of a Succubus. But even in the beginning of the story you can see that she isn’t really what she appears to be.

Which to me makes this story something that I loved.

There is a great deal of growth in both Andrew and Pathrusim through the story, and that I think counters the sex scenes that of course have to appear in a tale like this. But really it’s not so much about the sex in this story. It’s about the realization between two beings that what they need they have in each other if they are both willing to see it.

That however does make for moments where the friction between them is a bit much, and occasionally the forms that Pathrusim takes for Andrew did make me wince a bit.

The other character in the story that we see is the Reverend Aaron. A kind, caring, thoughtful man of the cloth who I think has the greatest role to play. To give faith to Aaron that the risk of caring about someone like Pathrusim is worth it in the end. And he also reminds me of one particular person that has taught me a few truths that matter. More than most will understand and know.

It’s a well written piece that has surprises, joy, and moments where you can’t help to either laugh or cry. But it is far too short a story. There could be so much more to be told about Andrew and Pathrusim. More about the world they live in, the beings that appear in it. But one thing bugs me about this work.

I don’t like it much when we are teased with something in the story and it doesn’t pay of later on. That one thing here is that we have a hint at one point that there are other Succubi looking at and wanting Andrew, but we don’t get anything more than a tease of them. Nothing of who they are or why they are interested in him when Pathrusim is with him already.

That bothers me because that means there are untold stories to go with them and that, to me at least, isn’t fair to them whoever they are…

I’m giving this four out of five pitchforks.

Lots of questions left behind, wish that there was another story afterwards to tell them, but it seems like there will never be…