A review of Lilith by Tamara Jock

I discovered a book that I have had listed on the SuccuWiki for some time this past week in a used bookstore that I visit every once in a while. The book first appeared in 2002 but seems to be no longer available in print, the author seems to have vanished, and the weblinks to the publishing house don’t work either.

In spite of that, I have a copy of it now in our collection of books about Succubi, and so this week I am going to review it… 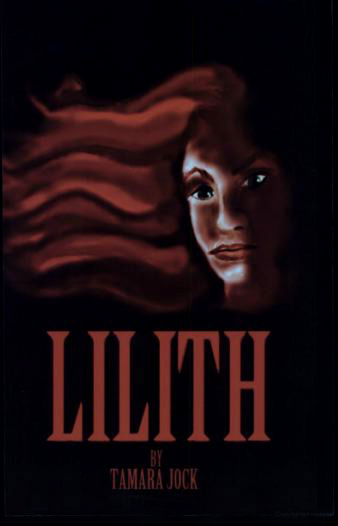 The book cover describes the story as:

Alex Williams has battled demons all her life. Now Lilith, the mother of all demonkind has declared war on the human race, and only Alex can stop her. But to defeat the immortal demoness, Alex must lay aside her hatred and work with two half-demon brothers, Colwyn and Jacob Planter. Alex and her reluctant allies struggle to co-exist while racing to stop Lilith from annihilating all of humanity. Alex and Colwyn are prepared to destroy each other at the first sign of treachery. What they’re not prepared for is the passion that overcomes them. To defeat Lilith, Alex must embrace what she believes profane. Only by trusting in the half demon who might turn against her at any moment, by surrendering to him despite her dears, can she banish Lilith and save mankind from destruction. A seductive trip into the ultimate terror, Lilith gives erotic life to an ancient evil.

The first thing that I will stress about this work is that this work shows the good and bad side of both humans and demonkind. The heroine Alex has a grudge against demonkind which is completely understandable when it is revealed, the same is true of the two halflings she is forced to work with through the story as well. The same is true of the brothers themselves for what humans did to their sister was shameful as well.

So on each side there is distrust and dislike that combine to make everyone on edge and lose focus for the most part on what their goal has to be.

Lilith, who has been the source of much of humankind’s pain through the centuries according to the universe this story is set in, has returned and has started on a path in which the end result she believes will be the end of all. The Lilith of this story is completely evil in nature and has no qualms at all about killing anyone in her path. The blood and death that follows in her wake is occasionally sexual in nature, but overall there is just a lot of pain for those she feeds upon. That’s mainly because in this story, Lilith is less interested in the sexual acts themselves than the pain she inflects. Not quite as the myths and legends say, but it does set her and her sisters that appear in this story as being truly evil beings indeed.

Alex, in the beginning of the story, is alone being removed from a group called the Segreto, a branch of the Church in this world dedicated to the elimination of demonkind in whatever form that might be. Inciuding those unfortunate half breeds that have some demon blood in them. Alex used a method that was against the teachings she was given and was expelled from the group. She is called to a meeting to learn that Lilith has returned, that her replacement is not ready, and so she will have to deal with Lilith.

Alex’s main power is that she can sense when demons are near her. That seems to be something like a loud ringing in her ears and something like the core of her body vibrating to the effects of the demons near her. Her actual weapons are her belief, which is thin at times, and the knowledge she has of the means to expel demons from her plane of existence.

The arc of the story follows Alex as she stumbles through false leads, distractions, and many other roadblocks that are set in her path to first find Lilith and then remove her.

Alex as a character seems to be very headstrong, which is a liability at times in the story. The source of her hurt, that which is at the core of her personality, wasn’t immediately obvious and I will not spoil it here, but learning that, and then discovering what she needs to do in order to defeat Lilith is a crisis point in her life that is, truly, very close to being the end of her own and all other life.

The story isn’t specifically focused on sexual encounters as much as it is the development of the main characters of the story and the results of their actions. That is not to say that there aren’t some moments where we see the darker side of Succubi here in this world in which the end result of meeting them goes from utter joy to utter fear so very quickly. It also shows them being extremely cruel towards others, reflecting the will of Lilith in this story who cares not for anything or anyone save herself. That does come back to haunt her in the story at a critical point.

There is a good deal more horror as I have said in relationship to the amount of sexuality in the work. I can understand that as it is not really a work of erotica as much as it is a story of adventure. Regardless of that point, what the Succubi are isn’t well developed I think and having Lilith being evil for the sake of being evil isn’t reason enough I think here.

The author writes well, make no mistake about that and I think it’s a shame that I can’t find other works by her elsewhere as I would be interested to see how her writing style has changed over time. The main characters in the story, Alex and Colwyn are well developed and the look we get into their thoughts and emotions are really well done. I would have, however, liked a bit more expansion on the two critical moments in their own lives that placed them on the paths they are both on. There is a point were we learn a lot, but it just felt like something was missing when it happened.

As a work about Succubi, I’ll have to admit that it will not be one of my favourites, but as a peek into the darker realms of the Succubi and where they are seen to be in the mainstream, it does fulfill that well.

Bit too much gore, pain and suffering for my tastes, and that made it hard for me to read. Otherwise as a horror novel, it succeeds on that front.