A Review of Lilith by Paul D. Garber

It’s time for another review of a Succubus related book, story or other work on the Tale. The work I am going to review is called Lilith and is by the author Paul D. Garber. 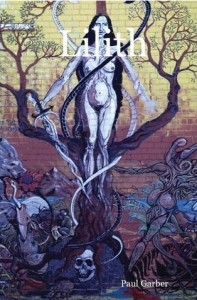 The story itself is set in the modern day Middle East, and follows what happens to a group of civilian researchers and their military escorts when they come into contact with the children of Lilith as they work towards freeing her from her bindings in the earth.

The first note that I want to make about this story is that Lilith herself only appears fleetingly in this story. We have some understanding of what she did to Adam and Eve in the time of the Garden of Eden and what God did to her as a result of what she did. She also appears at the end of the story and there are some references to chapters and verses in which the story of Lilith as appeared, but otherwise she is not the focus of this work.

As a result, the title of this work I feel is a bit of a misnomer in this case. The majority of the tale talks about Lilith’s children and what they do to the people that they come into contact with. So, personally, the story should be called Lilith’s Children to more clearly define what the subject of the story is.

You would expect that the children of Lilith would be Succubus or Incubus in nature, but in this story there is none of the commonly held understanding of what they are. Therefore, the story does not take a sexual tone, but rather a more violent and horrific aspect to them. The appearance of them is quite grotesque, they are violent, and much killing and bloodshed occurs.

I found it also confusing that the one character in the work that had a clue about what was happening misidentified the children of Lilith as vampires. I was also disappointed that as the climax of the story approached that the level of violence continued to ramp upwards and then, quite suddenly, came to a resolution that to me didn’t seem to make a lot of sense.

Another concern was the initial introduction of the main characters and their surroundings. I can understand that military jargon has a place and time in a story, but the insertion of abbreviations in the story was jarring as well as the almost constant use of military terms, even within the thoughts of the characters.

I didn’t find myself caring about any of the characters over the story, which was disappointing and should not have happened. There were a number of spelling and grammatical errors as well that were a bit jarring that a decent amount of proofreading should have been able to find. My writing has that problem as well, but I have a editor that knows his way around a story with a red pen and uses it as he must.

I cannot recommend this story to those that are looking for stories of the Succubi as there is nothing in it that makes it something that tells the story of the Succubi. But for someone that likes military stories or horror ones, it’s probably something worth a bit of your time to read.

I’ll give it one and a half pitchforks out of five.