Tonight will be the seventh episode of the ABC television series The Gates, and so, after giving the series six episodes that I have seen, it’s time for some comments about the only Succubus that has appeared in the series…

That being the character known as Andie Bates. 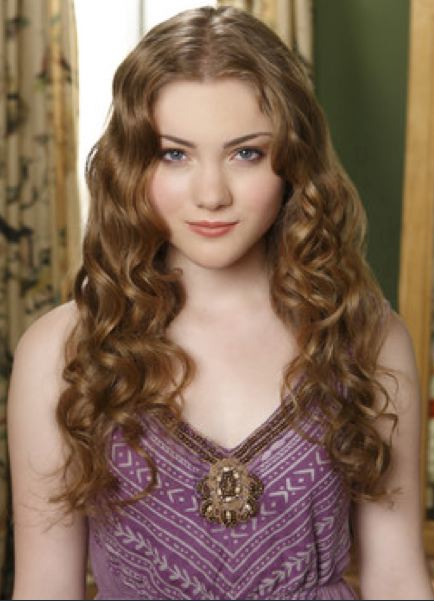 So, what do we know about Andie so far in the series as a Succubus?

Not actually all that much to be honest, but here’s a reasonably short review of what we know, at least as of the sixth episode…

* Her Mother, Eve, was a Succubus and could not control her urges.

*That caused her Father. Thomas, to have to kill Eve, but Andie doesn’t know the real reason why her Mom died at the beginning of the story. Her Mom almost killed her Father, Eve didn’t die in a car crash.

*That happened because Eve had been having sex with Thomas without any sort of medication that would help curb her succubus powers. Instead, the couple practiced self-restraint. However, one night, Eve could not contain herself, and Thomas was forced to kill her.

*The first inkling of her being a Succubus was that she has a large blue vein running up her back that her Doctor explained away as being caused by stress initially, but then told Andie’s Father to fill her in on the finer points of being a Succubus because she has the same Succubus “disorder” her Mom had.

*Apparently, in this universe, Succubism is a disease, or more accurately, a disorder that can be controlled with medicine.

*If Andie kisses someone, notably her boyfriend in the series, Charlie, they lose energy and walk around like they have Mono, a really popular disorder that some young people do get occasionally. This first was evident in the fourth episode when, after only briefly making out with Charlie, Charlie passed out in class. It’s important to note that it was a very brief kiss, almost a peck, and he was out like a lightbulb.

*Andie, on the other hand, runs around like she drank ten cans of Jolt Cola. I mean seriously if she could climb walls she’d be able to do that.

*Dr Peg figured out a herbal formula that might help Andie control her succubus tendencies, but she has to take it. She doesn’t want to because of the side effects that she gets from the medicine. So she stops taking it and that adds some risk to Andie and Charlie’s lives.

*Then her Father explains what a succubus is, mostly, specifically that Andie will attract men unwittingly and kill them with the poison of her kisses. Of course that’s not enough information, so Andie surfs the web ((Mind you, she doesn’t visit my site, but what can you do?)), gets mostly bad news and suffers for that. Mostly that she can’t love anyone.

*In episode 5, Peg tries to tell Andie about things she needs to know now while Andie is in her office. Interestingly, it is explained that being a Succubus means that, physically, you are cold blooded. You can’t regulate your own body. So Andie’s body uses up more energy that it can produce, and so she has to take it from others.

*Later on, Andie and her Father have a “Succubus Safe Sex” talk, which is really something awful in the way they both dance around the issue and she doesn’t learn a lot from it.

*In episode 6, Andie’s condition became worse. Of course she and Charlie kiss again and, again, he’s out cold on the floor again. At the end of the episode however, she started taking the medicine again, trying to make amends for what happened to Charlie in the episode.

And that brings us to tonight’s episode, which I haven’t seen at the time of this posting in the Tale, so I won’t talk about that here…

I do however want to make a few points that seem to have been overlooked in the story so far. One of these is that, watch the episodes carefully, Andie has kissed other people in the series, and none of them have passed out.

The other thing that I wonder about is, and I think this is more accurately what she is…

She’s an energy vampire more than a Succubus. I take that view because, if you follow the Succubus mythos, at least the traditional ones, they gain energy while having sex. Andie and Charlie haven’t done that.

It’s also something to note that all of the werewolves and vampires and other such beings in the series, look so very human or can shift into a more human form. If Andie grows horns and a tail, which I doubt, then how will she look normal?

The other thing that I am surprised about is, that the creators of this series haven’t used the ability of Succubi to transform themselves into other people. That alone could make things very interesting in the series and, at least partially, get Charlie out of Andie’s feeding line.

So, in short, I’m not pleased with the Succubus in this series. I know that we’re unlikely to see Andie as a true Succubus, that’s a given since it’s an ABC show and it’s characters that are a bit young to have sexual relationships to be honest… But…