Succubi Image of the Week 110

Another Lilith-based movie to avoid…

It seems to me that, for reasons only known to the movie makers, that legends need to be altered in order to play on the current “hot things” in the movie world. Of course that points at the idea of making money I think, but that’s not always the case. 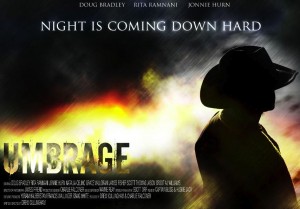 Coming later this year is a movie called Umbrage, which is, as is the current hot thing, a vampire movie. But in this case they are adding Lilith to the mix.

According to the information available on the internet so far on this movie. this film is summarized as:

“In the Old West, the assassination of an ageing cowboy is thwarted by a sultry vampiress, the would-be killer left for dead in the dust… A hundred years later an ancient obsidian mirror, long unearthed from the Mesopotamian desert, is liberated from an American collector’s vault and illegally transported to Europe.

Jacob, an unscrupulous antiques dealer, moves to a remote farmhouse with his pregnant young wife, Lauren, and his difficult ward, Rachel. His goals are clear: to pass this near-priceless mirror to the highest bidder, and to prevent these two women from ripping each other apart. Nearby, a beautiful ornithologist, in nocturnal pursuit of the Screech Owl, is disturbed in her hide by a couple of noisy hikers. Her efforts ruined, she joins them by their campfire, but when one of them is mysteriously mutilated in the woods, she and the other are forced to flee and seek refuge at Jacob’s farm.

Something has been unleashed into the dark of that night…. Shadows take on a life of their own, and the blood begins to flow. Maybe it’s all down to the ominous cowboy hiding in the barn who doesn’t seem to cast any reflection in the dark mirror.

Maybe it’s because the shiny black artefact is the enchanted talisman and portal of Lilith, the wilful first wife of Adam, exiled from Eden to spawn her demonic offspring.

The family find themselves in the middle of a century old grudge between a vengeful undead cowboy and the re-awakened Lilith, mother to the Succubi, ruler of shadows, slaughterer of children, and consort to the devil himself.

Sometimes the only weapon against evil is evil itself…”

I have so so so many issues with this plot outline with regards to Lilith, the primary one, and I have the worst feeling from, the trailer and this outline seems to reflect, is that Lilith will be a vampire, or act like one, and not be a Succubus.

I am going to see this, I have connections in the UK so I will see it somehow, but going in, I really worry.

What is Lilith going to look like? Is she actually going to be a succubus or just the usual train wreck of a gorefest that seems to be the only way movies can show her? Is there the possibility that she will be shown as she is in the legends or will she be once again just a poor reflection of the powerful being she really is?

I’m hoping but not that confident…

You can find a trailer for this movie here.

And the official website is here, but was not complete at the time of this article’s entry in the Tale.