Succubi in the Clash of the Titans coming soon?

Some of you that are old enough, or aware enough will have seen the 1981 movie called Clash of the Titans. Well there is a remake of this movie coming in March of this year.

And of course, it has been “reimagined”. A word that I have come to loath for the most part since it came into being. 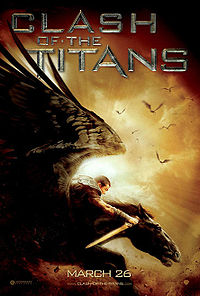 If you click on the poster here, it will take you to a Wikipedia artcle on the movie.

What bothers me is that they are mixing various myths it would appear in the movie itself, losing a lot of the original story and so forth.

But there is something more interesting, at least from a Succubus perspective that is.

It appears that the video game which is coming out at the same time as this movie, will have Succubi in it.

As noted in promotional material: You will take control of Perseus, and run into familiar characters such as Zeus, Athena, and numerous others that will aid you in your journey to destroying Hades and his underworld creatures. Those creatures include the Hydra, Centaurs, Succubus, Cyclops, and Kraken, with an overall enemy count totaling over 80!

It’s a bit concerning that they use Succubus rather than Succubi, but perhaps there is only one Succubus that appears in it. My other question is, do they have a Succubus in the movie as well?

I haven’t found proof of that so far at least… 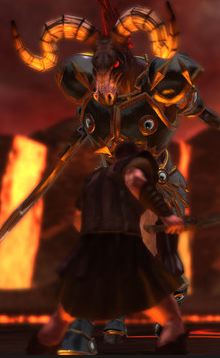 I did come across this image of what I have to assume is a demonic being in the video game that you do battle with. It seems well detailed, so I am hoping that the Succubus in the game is as well.

I want to see Succubi appear.

I am expecting that closer to the release date that images of the Succubus will appear somewhere on the web or elsewhere, and that idea makes me ponder what she will look like…

Given the image that the game creators have released of this demonic being, I have the feeling that she is unlikely to be sexy or seductive within the game, but simply another enemy that you fight against to get through a level.

I would find it interesting at least…